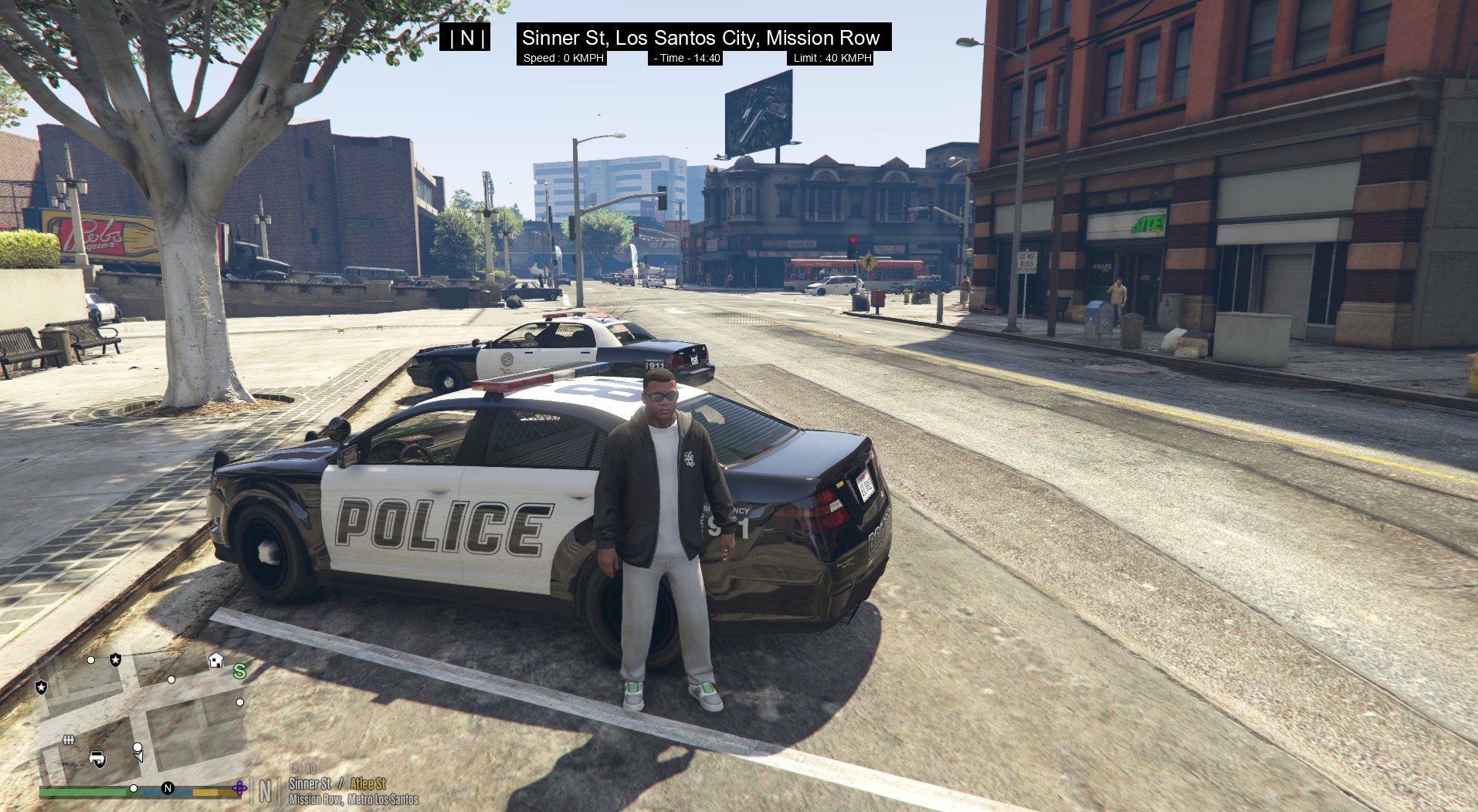 Welcome to Simulated Erk! After an extensive audio podcasting career, Erk has moved into gaming and creating gaming video. By day job, Erk is a train driver based in Sydney, Australia. He has had some previous law enforcement experience but not with a police service and dispatch experience with 2 different government organisations.

How Does GTA V Transform Into Los Santos For Good People?

Grand Theft Auto V is set in fictional Los Santos which is set in an unlawful environment. Thanks to various modifications and programs, GTA’s version of Los Santos can be heavily modified into LSPDFR (Los Santos Police Department First Response) or LSRD (Los Santos Rescue Division) so you can roleplay as members of various emergency services. There are two main sources that I use for modifications. There is a lot of information available at the main LSPDFR website including tutorials, forums and of course the various modifications to vehicles, scripts, plugins & environments. Another good source of game mods is GTA V Mods. This page will feature an extensive list of modifications and their sources. I did not build or create any of these mods – I merely installed them into GTA/LSPDFR. These mods are only available for the PC version of GTA V and not the console versions. There is an older version of LSPDFR for GTA IV – LCPDFR – based on Liberty City. Most mods are not interchangeable between LSPDFR & LSRD and Simulated Erk has different installations for each particular universe/environment.

There are now 5 different series of Simulated Erk videos using LSPDFR as well as an LSRD series.

This is a master list of featured mods that Erk uses during most LSPDFR videos. Links are subject to change due to updates therefore links will be to the relevant site and/or the creator’s website if known. This list is being updated regularly here. Other mods may appear on videos and will be referenced if possible on this main mod and/or episode mod list. Some vehicles may also appear in the background in episodes that are not listed here. There is a much longer list that features many more background vehicles and items. Note that any vehicles reskinned by Simulated Erk are for training & personal use only and not available for download elsewhere.

Featured Police Vehicles (not a complete list – in progress):

Note that vehicles may also be found in the background in other episodes.

What Other LSPD Officers Should I Be Watching?

In one word – SQUIRREL! Actually, no. Although there are animals in LSPDFR, LSPDFR probably isn’t simulationery (is that even a word?) for Squirrel.

From there, I found Jeff Favignano. His videos are highly recommended, especially the tutorial videos if you are going to install LSPDFR yourself (you can thank me later!). Jeff’s videos are that good that you can find a video of his on the front page of the official LSPDFR website. Cool, eh? [Jeff Favignano’s YouTube Channel]

After these videos, I found an Australian in the LSPDFR universe! This prompted Erk to decide to record Australian LSPDFR videos as well. Darkmyre has pre-recorded episodes however also tries to stream LSPDFR videos live on Friday afternoons (4pm-ish, Sydney time). He also creates plugins and scripts, especially those tailored for Australians. The video below is a recent Highway Patrol livestream – it is amazing how many people expect a shoutout or interaction during a pursuit! [Darkmyre’s YouTube Channel]

Albo1125 does a fantastic job with LSPDFR mods and the LSPDFR people should hire him at once! If you have one of his many plugins (see list above), be sure to check out the demonstrations of the mod on his channel. In addition, he does his own style of British patrols amongst others as well as live streams. Sierra 1, are you available to deal? The video below showcases Traffic Policer. [Albo1125’s YouTube Channel)