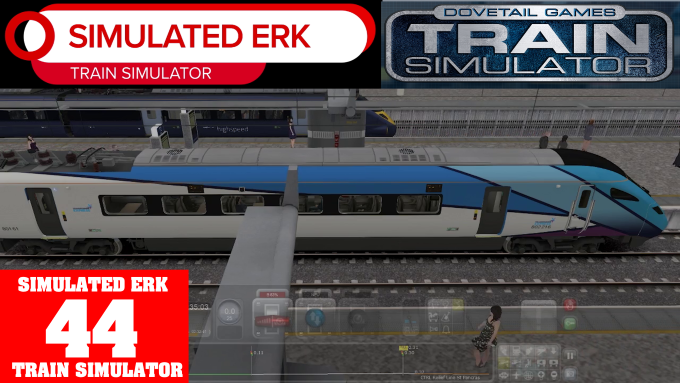 On this final part of a 3 part series, Simulated Erk is driving a modern long distance passenger train in England. In this scenario, Simulated Erk is testing the train in the blue liveries of Transpennine Express & Avanti West Coast. Unlike the LNER Azuma trains shown on episode 43, the operators shown on this episode do not market their trains using the Azuma name.

The trains are being driven on the London – Faversham High Speed Line. The Class 800/801 class train seen on episodes 42, 43 & 44 is available as a part of the East Coast Mainline (London – Peterborough) package from within Train Simulator. This train is a requirement for the re-skinned trains (re-skins downloaded separately) seen in episodes 43 & 44.