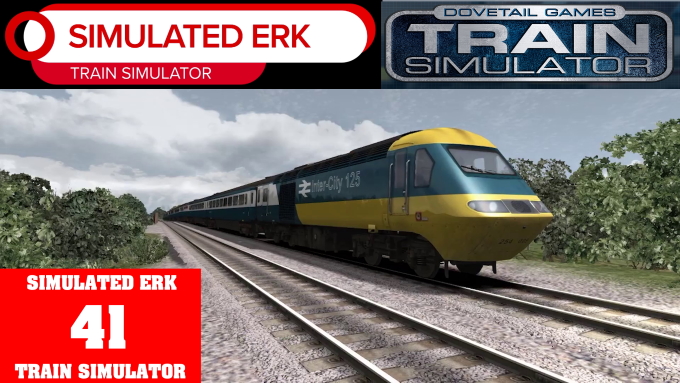 On an extended episode of Simulated Erk: Train Simulator, Simulated Erk drives the British High Speed Train (HST) in its natural environment. In this scenario, it is a high speed publicity run prior to the train’s introduction into service.